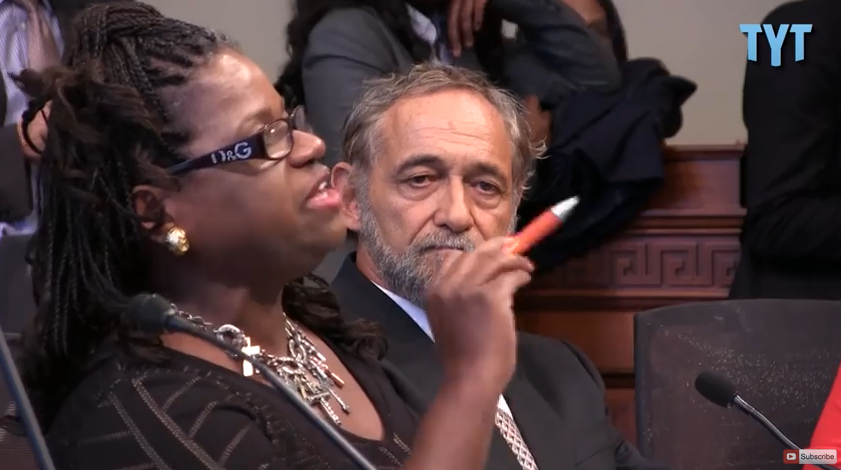 At a Congressional Briefing called by the Voting Rights Caucus of the U.S. House, Barbara Arnwine of the Transformative Justice Coalition shared that her election watch command center was swamped with calls complaining about long lines at the polls in urban areas where African Americans and other people of color are concentrated.

Since the election of Barack Obama as president the the Supreme Court decree gutting the Voting Rights Act of 1965, state governments controlled by Republicans have passed laws designed to create long lines at the polls in urban centers, most notably cuts to early voting, a popular program that has helped to avoid long lines as populations grow in population centers around the U.S. GOP partisans in states like Wisconsin, Ohio, and North Carolina (all crucial swing states in Donald Trump’s 2016 election victory) implemented voting restrictions described by the 4th Circuit Federal Court as “almost surgical precision” in their targeting of minority voters.