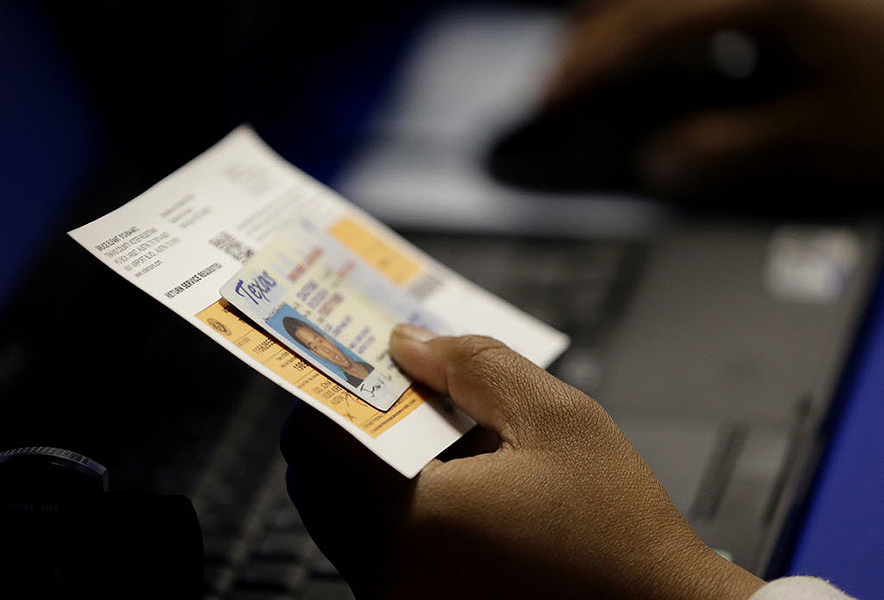 Supreme Court declines to hear appeal of Texan voter ID law, one of the nation’s strictest

[From the Christian Science Monitor] – The US Supreme Court has declined to hear a case involving a Texas voter identification law, after it was struck down in a lower court for disproportionately impacting black and Hispanic voters.

In recent years, voter ID laws have come under fire in states across the nation. Many say the measures place an undue burden on minorities and the poor, who are less likely to have approved forms of government ID or the necessary paperwork or transportation to acquire a voter ID card. The laws’ backers, usually Republican politicians, often argue that they prevent against voter fraud, but there is little evidence that the alleged phenomenon is widespread in local or national elections.

Courts have recently struck down a number of partisan measures meant to toughen voter identification requirements, citing concern about minority communities’ voting rights. Increasingly, plaintiffs are bringing hard data to the courtroom, allowing judges to see who might be impacted by measures that can seem minor, but may carry major implications for certain demographics.